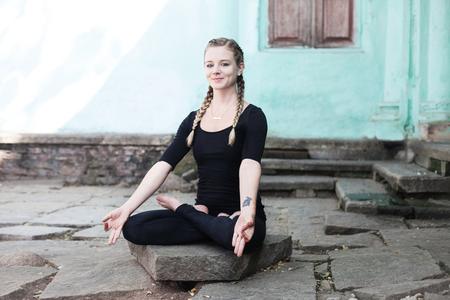 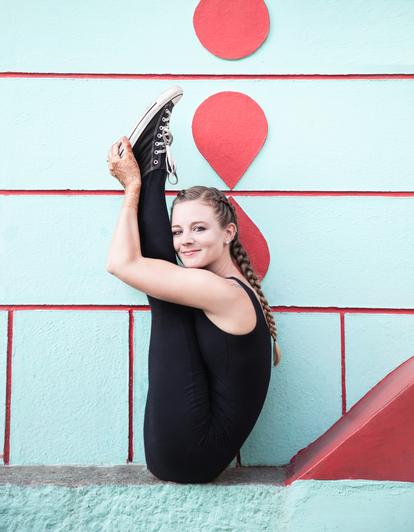 In 2014 Tina and her husband relocated to Abu Dhabi, United Arab Emirates, and took her first trip to the K. Pattabhi Jois Ashtanga Yoga Institute in February of 2015 after traveling to Goa for her 500 hour YA certificate. She has since been on now six trips to study with Sharath Jois who has now become her teacher and guru. Sharath gave Tina his blessing and Authorization on November 29th, 2017. Tina will continue to return study with Sharath for as long as possible, because she firmly believes that a teacher should never stop being a student. Tina ran a Mysore program in Abu Dhabi and has since relocated to San Francisco with her family.

Tina is a firm believer that children should learn the importance of mental and physical wellness at an early age. She has been teaching kids in physical fitness since 2006 and has been a children's yoga instructor since 2012.

Tina has taught workshops, retreats, teacher trainings, corporate yoga, and private lessons all over the world, in countries including the US, Canada, UAE, Lebanon, Kuwait, Germany, Italy, Greece, Nicaragua, Thailand, The Netherlands, and Indonesia.

To schedule teachings with Tina anywhere in the world, to set up a private lesson in the Bay Area send an email to tinabockyoga@gmail.com

Tina's yoga journey began in her late teens while being (happily) dragged by her father to local Jersey Shore hatha class and later registering for yoga courses in University. Yoga became constant for Tina after graduating from Ramapo College of New Jersey in 2010 with a bachelor's degree in Music Industry and working a career in Children's fitness. Tina quickly fell in love with first with Hot Vinyasa mostly in the style of Dharma Mittra.

In 2012 at age 23, she took her first of now nine trips to India to received her first 200-Hour teacher certificate. Following, she immediately began teaching around New Jersey, soon after moved to Montreal and taught at Le Studio de Yoga Wanderlust and McGill University, but at the same time was discovering a separate love, desire, and need for an Ashtanga practice.